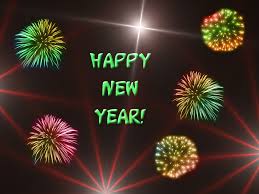 New Year’s Eve is these days a much-televised event, with cameras following the progress of the incoming twelvemonth as it starts way out east in Kiribati, then via New Zealand into Australia. But one of the acknowledged global highlights is Sydney.

It’s all about fireworks and there’s no better place to enjoy a fireworks display than on or near water where the reflections make the show twice as lovely. So Sydney is a perfect place, with its fantastic harbour and the surrounding suburbs offering a natural amphitheatre atmosphere.

You can watch from many vantage points for free  try Darling Harbour, Barangaroo or Mosman. But be sure to get there early because around 1.5 million people turn up each year.

Or you can spend lavishly on a cruise around the harbour on one of the many show boats and ferries, most with good food and wine served on board  from around $250 per person, or charter an entire boat if there are lots of people in your party.

There are lots of preliminary displays including the Harbour of Light Parade of gaily lit boats from Clark Island in the east to Cockatoo Island in the west with the backdrop of the Opera House.

But the Big One is the 15-minute show of pyrotechnics that ushers in the new year itself. Sydney’s show is recognised as one of the world’s best!

Some 30 minutes later there will be another show to rival it in Adelaide, the South Australian capital. where thousands of people gather into Elder Park to welcome the new year with live entertainment, food and two separate displays of fireworks. If that’s not enough flashes and bangs for you, go to Victoria Bridge over the river (Torrens) for the midnight special.

Wait another 2.5 hours (that’s how big Australia is!) for midnight in Perth, Western Australia, where fireworks tend to be reserved for other occasions.

But Perth loves its New Year and turns the sometimes raffish Northbridge area on the northern edge of the CBD into a family-friendly pedestrian zone for a major street party with open-air dining and free entertainments including all manner of street artists. Everyone in the state capital is there, it seems, seeing out the old and welcoming in the new. Stay all night if you want and get breakfast before you call it a day!

Don’t worry though if you really need your fireworks display, the Perth city authorities come up trumps with their spectacular on the Swan River on the east side of the city.