Surfing and the Australian Open – The Best Sport on Waves Surfing and the Australian Open - The Best Sport on Waves

And it comes to Manly Beach each year in the form of the Australian Open of Surfing, a nine-day celebration of warm waters and the best waves that showcases the best in surfing, skate, music, fashion and art.

The event attracts an audience of nearly 200,000 visitors to Manly, which is traditionally regarded as the birthplace of Australian surfing. 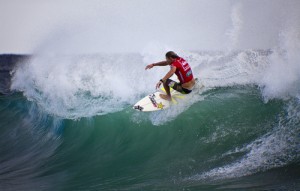 Australians, nearly all on whom live within reach of the ocean, love surfing with a passion. Right across the country there are surf schools  Surfing Australia is the governing body of the sport and it alone has over 70 such schools. Beginners, they say, can pick up the basics in just a couple of hours and it’s not exactly expensive â all you need is your bathers and a board!

Inspired by the US Open of Surfing in Huntington Beach, California, the Australian Open includes Association of Surfing Professionals, six-star events for men and women and Junior Pros for boys and girls.

It was clear from the inaugural event held in February 2012 that the integration of surf, skate, music, art, seamlessly drafting and feeding off each other, add up to something much larger. Manly hosted the world surfing titles in 1964 and a subsequent array of world-class surfing competitions but there was a lengthy gap while the beach lost its status as one of the sport’s best locations. now, though, it’s back to its best!

While it’s not only a competitive event  there’s a load of fun happenings and races organised for non-experts and leisure surfers besides the world title contests  the Open is deliberately kept healthy, with no alcohol or smoking allowed.

But that doesn’t deter the thousands of mainly young visitors from partying on into the night in the balmy New South Wales summer weather, to the sounds of some top national and international music acts.

While some of the best action is on â and in â the water, don’t forget there is an important series of spectacular skateboard events as well!

Getting to and from Manly is a breeze, although public transport is strongly advised as parking around the venue will be tricky to say the least. Take a ferry (around a 30 minute trip) or fast ferry (shaving 10 minutes or so off that time) from Sydney’s CBD or a water taxi. There are plenty of bus routes too.