The Venues Where the Best Musicians Play What’s Coming Up 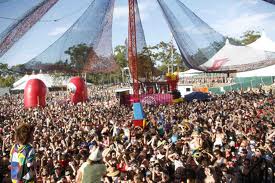 The Venues Where the Best Musicians Play What’s Coming Up

Australia is always a favourite of touring music acts and in recent years the dollar’s exchange rate has encouraged some of the world’s top acts to spend more time there â not least the veteran rockers the Rolling Stones who will play live at the Adelaide Oval in 2015. That is one of several world-class mega-venues across the country â the Sydney Cricket Ground, Melbourne’s Docklands and Brisbane’s Suncorp are some of the others that attract the best international acts.

But there are also many iconic local venues that showcase the best of Australian music. Melbourne’s ‘edgy’ St Kilda area is home to two of them. First up is âThe Espyâ – the Esplanade Hotel, a marvellous and evocative building presenting the best of local talent, touring bands and the house regulars â often with free entry (policy is only over-18s, note). The Espy is a pub and also has a restaurant, so it’s great for a long late night out.

Just down the road on Fitzroy Street is the Prince of Wales, which has seen top names like Coldplay, Jack Johnson, scissor Sisters and Lenny Kravitz, all of whom played here on their way to stardom. The Bandroom upstairs has been rocking for more than 60 years.

Sydney counters with the Basement at Circular Quay and the Annandale Hotel in Parramatta. The latter has a long history but had a depressing period when it was reduced to just a bar with pokies (gambling machines) before being restored to its former glory and resounding again to a largely indie-inspired list of great young bands.

Across in Perth, head down to Fremantle for the sounds. This easy-going place (‘Freo’ to its many friends) is home to the Fly By Night, a great combination of live gig venue and club for musicians themselves to hang out. Here is where you will first hear new bands destined to make it big, even interstate.

One of the best-known and loved festivals takes place over Easter â the Byron Bay Blues Festival. Considered one of the world’s top expositions of The Blues, this laid-back event at the beautiful seaside town in the far north of New South Wales hosts music acts of many different genres â featured names in recent years including Santana, Iggy Pop, Paul Simon, Status Quo and reggae legend Jimmy Cliff. That really is âsomething for everyoneâ! Camp out under the stars or sample the area’s upmarket beach-side accommodation â it’s up to you and your budget.