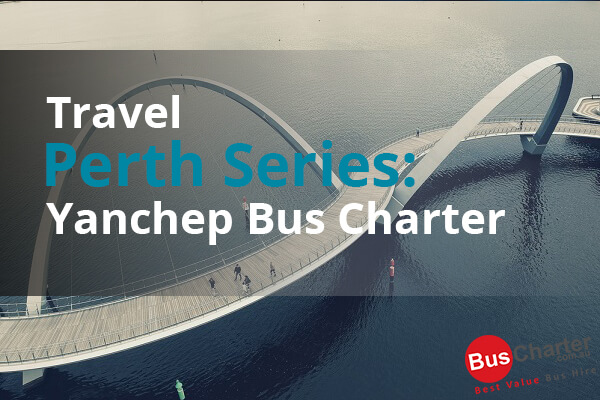 The city of Perth is not only famous for its historic cricket stadium WACA, but also the fantastic outskirt areas that have become popular among tourists. Yanchep is one such region that you may be interested to visit, when on a trip to Perth.  Don’t forget to choose bus charter in Yanchep to explore the suburban region.

Yanchep is an outer coastal suburb north of Perth CBD, and a part of the city of Wanneroo local government region. Initially a small crayfishing settlement, the area covers a majority of Yanchep National Park. The land comprising Yanchep was originally used a sheep station, when Alan Bond purchased 8100 hectares of land in 1970. At the time ‘Yanchep Sun City’ was to be built with the perspective of the future satellite city of more than 200,000 residents. It was in 1972 when the first houses were built, and The Marina was also a part of the same project.

Known for its Koala colonies, native bushland and caves, the Yanchep National Park also offers educational and cultural programs in association with local aboriginal people. For thousands of years, this inhabited area was a popular hunting site for Indigenous Australians before the arrival of Europeans. Nyanyi Yandjip is the tribal name of the park, named after lake and reeds that was thought to resemble the mane of creature, Waugul.

It is home to a wide array of flora and fauna, with trees such as stunted jarrah, she-oak, marri, tuart, paperbark and banksias. Wildflowers include kangaroo paw, catspaw, Yanchep rose and parrot bush. The park provides habitat for numerous species of native mammal, including black-glove wallaby, western grey kangaroo and the quenda. It is also a part of an Important Bird Area, as it supports several thousand short-billed cockatoos during non-breeding season.

Located along the northern part of the coastal plain, Loch McNess is also known as Yanchep Lake, and is a part of the Wanneroo wetlands, which is a chain of lakes. Water from this lake is used for the purpose of refilling the underground lakes in neighbouring caves. It has been named after a Western Australian Philanthropist, Sir Charles McNess. Freshwater crayfish gilgies and Galaxiidae are endemic to the region. The Nyoongar aboriginals call this lake by the name of Wagardu Lark, which is considered as significant cultural site. It has been traditionally used for boat outings, since European colonisation of the area.

Take yourself on a 45-minute guided tour to experience the underground world of a limestone cave. Be captivated by the jewelled city, as well as stalagmites and stalactites throughout this ‘stream cave’. See how it was formed and the geological processes continuing today. Get to know about the tiny creatures that are the permanent inhabitants of this puzzling world. The easy-grade 4.5km return Caves Walk Trail between Cabaret Cave and McNess House Visitor Centre can be accessed here, along with 17.5 km Cockatoo Walk Trail.

If you are looking to explore the true history of the region, the Wanneroo Regional Museum showcases the rich cultural heritage of the city with some exciting items on display. There are more than 550 photographs and objects put on display, sharing stories about Wanneroo’s aboriginal, cultural and natural heritage.

One thing that you should definitely not miss out, while on a trip to Yanchep is experiencing the koala boardwalk. Take a walk along the 240-metre boardwalk to witness the favourite native animal, koala, in its natural environment, and learn about these creatures as well. The park is also home to the western grey kangaroos that can be easily spotted during day time. Other times, they take shelter from the sun, so you may be lucky to see them resting.

If you want to experience the aboriginal culture of Australia, you should definitely be a part of this tour, which takes place on Sundays and Public holidays. You get a chance to explore the culture of the indigenous Noongar people, who have been a part of Western Australia for a long time. You will come to know how they pass their knowledge from one generation to the other, their language and their seasonal movements. You can also see tools like boomerangs and spears. Be amazed by wonderful didgeridoo live demonstration. Explore how flora and fauna in this environment bear significance to the aboriginal people.

The Yanchep National Park is home to 9 walk trails to suit a wide array of interests and fitness abilities. It ranges anywhere from 500 to up to 46.2 km. The trail showcases unique biodiversity of the region. The Ghost House Walk Trail is one such key highlight, which leads walkers to the wilderness of
Yanchep National Park, from the manicured source of Loch McNess. Discovering the wetlands landscape, the trail highlights includes koala colony, caves, limestone cliffs, ruins of old house, birds watching and wildflowers.
It is a 12.4 km loop with easy gradient, and well maintained pathway. You don’t need any prior bushwalking experience to complete this trail, and it can be concluded within 2.5-3 hours. It is good to visit this place during early spring or late winter, but is ideal during autumn as well. There’s no particular starting point of the trail, but it is recommended to start from the main car park facing Yanchep Inn.

The lagoon beach extends north from the northern bluff for about 300 metres, and is backed by a kiosk and vegetated 15m high bluffs. It is a popular swimming and snorkelling spot, however the swimmers should be conscious of the strong current flowing out of the lagoon. Stay calm if you are caught in a rip. Beach fishing is another popular activity here; however it is not permitted between the yellow and red flags, while spearfishing is also prohibited.
Bus charter is the best transport choice you can make, as it is both convenient and affordable at the same time!